Book Review: Gregor and the Curse of the Warmbloods 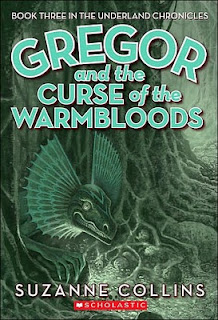 The Short and Sweet of It
Book 1: Gregor the Overlander
Book 2: Prophecy of Bane

In the third installment, Gregor is once again called down to the Underland to fill his role as warrior in a series of prophecies written by the founder of the Underland. A new plague is spreading throughout the warmblooded creatures, primarily humans and rats, and Gregor is being called upon to find the cure. Once again, he must journey through the Underworld with a few select companions.

A Bit of a Ramble
In the beginning, Gregor's mother refuses to let him go. In book 1, she lost her husband for years with no clue as to where he was; then she lost her son and daughter for months with no clue. While they explained when they got back home, just a few months later Gregor and Boots disappear again with no warning in book 2. Now, she's pissed and putting her foot down as any good mother would. Ripred finally convinces her that Gregor and Boots just have to show up for a meeting, so she relents, under the condition she be allowed to accompany them. Once in the Underland, events quickly escalate beyond her wishes, and once more, Gregor and Boots are in danger, and she is helpless.

Gregor's mom isn't the primary plot focus in this book, but I wanted to highlight it because it is inclusions like this that make this series so wonderful. In my review of the first book, I point out how much I love the characters. In my review of the second, I talk about one of the themes I find intriguing. Now I want to talk about the details; the little mini-plots that aren't necessary for the main conflict but add to the story in such a way that the story feels more real.

The entire mama-drama mini-plot could be eliminated, and with minor tweaks, the story would lose nothing as far as comprehension, theme, and characterization. The inclusion of it, however, still adds greatly to the story. First, isn't it nice to see a parent in middle grade fiction that cares? Gregor's mother wants to keep her children safe and doesn't give a blankety-blank about him being necessary to save the world. He is her baby, and those Underlanders can just find someone else to save the blankety-world. (no she never cusses, but as an adult, you can just hear those words). Second...well, this passage explains it: Gregor's mom has just said she's going with, and Gregor is trying to convince her to let his father go instead....

This was true, but it was not the real reasons Gregor wanted his dad instead of his mom. For starters, she was furious. No telling what she'd say to the Underlanders. There was something else, too. Down in the Underland, Gregor had an identity. He was the warrior. Even if he didn't always buy into that himself, it was important that everybody else did. And somehow, he didn't think it was going to look so hot for the warrior to be showing up with his mom. Especially when he knew she'd have no problem saying stuff like, "No go wash your hands and find your manners while you're at it," or sending him to bed even if there was a bunch of people around. 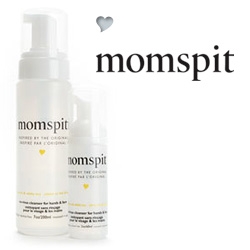 I love it! A mom, a good mom, would definitely be an interesting person to have around while you are trying to be some Super Leader Warrior Man. I can just see her leaning over, licking her thumb, and rubbing some dirt from Gregor's cheek right before he gets into a sword fight.

It is details such as this that increase my appreciation of the story. Each book has its own unique extra, and the series as a whole has what I feel is a unique extra: Boots. Having the protagonist of a children's adventure book cart around his two year old sister is something I have never encountered before.  Boots is a vehicle for childlike wisdom, and she is also a large part of Gregor's motivation. Much of what he does has more to do with protecting Boots than saving the world.

If you have not yet started this series, I highly recommend you run out and find yourself a copy as soon as possible.