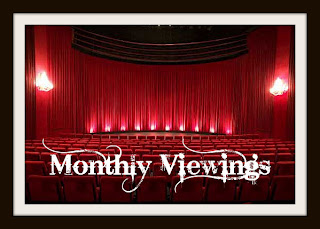 Bachelor Party
This 1984, Tom Hanks film is the original The Hangover. Before Rick gets married, his friends are determined to throw him an outrageous party.  With hookers.  Seriously, hookers. I thought strippers were the hallmark of bachelor parties, but apparently in the early 80s, hookers were the entertainment. Like The Hangover, this is a comedy of errors; unlike The Hangover, Bachelor Party may not be so funny to those of us barely out of diapers in 1984. Don't get me wrong, it was funny, but it was 1984 funny.

Dinner for Schmucks
Laugh out loud humor with the occasional snort.  There were no truly shocking surprises, but the cast of characters was rather entertaining and unique, and I mean literally the characters, not the cast. The individuals invited to this dinner, the so-called schmucks, are people I would really like to meet.  They seem fun.

Inception
Full review can be found here. But for the quick version - I loved it. It was magnificently put together, and despite the lack of character development, the visuals, concept, and pacing make it a favorite film of the year. 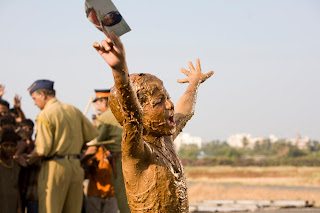 Slumdog Millionaire
I don't know why I put off watching this for so long. It was excellent, unique, and completely not a feel good movie in any way, shape, or form. Seriously, if you are not depressed after watching this, you have no heart. I don't care whether the ending is happy or not, this movie should still leave you feeling like a giant schmuck who has it unbelievably good and yet still complains like a baby crying because it's spoon is gold and not platinum. Watch this movie.

Harry Potter - Chamber of Secrets, Prizoner of Azkaban, Goblet of Fire, Order of the Phoenix, and The Half-Blood Prince
While the family was here, nights were spent with Harry Potter, in bits at a time, for the kids to fall asleep, and mornings were spent watching the other bits as we all woke up and ate breakfast. How fun is that?!?! I have to admit that I am not a huge fan of the movies as the acting grates on the nerves a bit; they can be wonderful fun though, especially when watching them with children.

The Departed
An excellent film that I have watched too many times to count, The Departed is an exciting, well-acted, and thought-provoking thriller revolving around two men infiltrating opposite sides of the law.  Damon, Wahlberg, DiCaprio, and Nicholson were a true joy to watch.

Inglourious Basterds
Full review can be found here. Christoph Waltz rocks my world in this movie. Waltz's portrayal of the Jew Hunter is so nuanced that he really comes across as a true-to-life person rather than a "character". If you have not yet seen this film, well, shame on you. :) 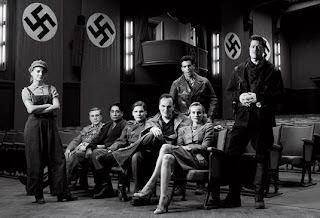 Pirate Radio
What a fun romp through 1966 off-shore pirate radio broadcasting! The cast of characters is excellent, and the characters they play are wonderfully eccentric. And of course, we must not forget the soundtrack which is so flipping fantastic I may actually buy it.

Bram Stoker's Dracula
For the full review, check out my thoughts on The New Annotated Dracula. This 1992 version of the film has a ridiculous amount of bare breasts floating about, and the plot was sacrificed quite a bit for sensationalism.  Still, for the most part, the actors did a great job of adding depth to their characters, even though they had little to work with within the script, and the film was artfully stylistic.
Posted by Trisha at 5:32 AM