BiP: Where it all Began 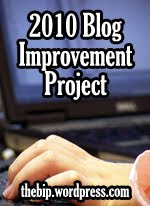 I'm a bit behind on the Blog Improvement Project, but I'm hoping to catch up. The last challenge offered up called on participants to highlight older posts. Now, as you all know, old posts can be quite the source of embarrassment, snippets of thoughts which you (er..I) were convinced no one was reading and hence paid very little attention to doing properly. I do, however, have a few older posts that I still like.

One of my favorite older posts came about after reading Mary Roach's Stiff, specifically an essay in which she discussed the various methods doctors have used to determine when someone was actually dead. Like dead dead.  I thought I'd re-post this strange note here:

In the beginning there was death. People got sick and died; got stabbed and died; fell off a giant cliff and died; ate the wrong berry and died; or just died. Man on the battle field with blood all over him and he isn't moving = he's dead. Woman gives birth and just lays there with her eyes closed and an unmoving chest = she's dead.

Now, it is a bit more complicated. We aren't really sure when a person is dead: Is it when the person stops breathing? When the heart stops? When the brain isn't functioning any more? And if we have machines which can keep the lungs and heart pumping, is the person really dead?

I have heard that there are a few instances where identifying a body as being dead is definite, including decapitation and incineration. So obviously a person is dead if they are missing their head or if the body has been burned to ash. Excellent. So outside of these rather obvious signs, how do we determine if a person has really died? Throughout history tactics been a bit...strange.

One method used to determine if whether a person is dead or not is pain. This was quite popular in past centuries. Doctors, or people on the scene, would stick hot pokers into various parts of a person's body to see if there was any reaction. Or maybe they would pinch nipples or the ever popular tongue-yanking. No reaction = Dead Person.

Because death is so hard to ascertain, 17th centuries doctors came up with the absolutely morbid idea of putting the questionably dead in a nice place together for a while before burial. Just to be sure you know. These bodies were laid out in a warm room (we hope for decomp at this point) and they were given a string attached to a bell; this way if these poor undead woke up, they could notify people. I find it doubtful that they were told about this string and its significance prior to being placed in the room; although, part of me pictures some old doctor screaming instructions at a (maybe) dead body.

My great grandfather worked with a mortician for awhile and I remember him telling me a story about a stormy night (aren't they always) when he was in a room with a dead body. Dead-dead, not maybe-dead. Before the various I-don't-want-to-know procedures for embalming the body could begin, the dead dead guy managed to move a bit due to a release of gas. I'm now picturing a dead-dead person in one of these death hospitals letting out a bit of gas and quite accidentally causing a fuss by moving the string, and hence the bell, and freaking out the poor doctor in another room who now thinks that one of the bodies is really alive.

Today, we define death as a loss of electrical activity in the brain. A person can be breathing and have blood flowing around but if nothing is happening upstairs the person is dead. Of course in these cases all that blood flow and breathing is probably the result of being hooked up to some marvel of modern technology.

What does all of this mean to me? When I die, I want to be decapitated and then incinerated. Just to ensure that I am dead-dead and not some strange in between. Besides I've never wanted to be buried as I believe that to be a huge waste of space, time, and money. This? This is just another reason to not be buried.
~~~~~~~~~~~~~~~~~~~~~
If you are interested in reading some of my other favorite older posts....

Damn My Foot: in which I explain how my foot pissed me off

Hahahahahaha: where I reveal my evil side as I laugh at death

World's Sexiest Couple: Heath and Jake, Humphrey and Lauren, and Johnny and Helena...yummy