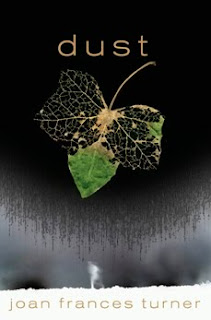 The Short and Sweet of It
Jessie is one of the undead, a zombie, living out her days with her gang in the woods, hunting and fighting. But a new disease is spreading through the undead and the living that may wipe out both. While this sounds all apocalyptic and exciting, the truth of the matter is that the novel dragged on for much longer than necessary.

A Bit of a Ramble
I must admit that I am not a zombie junkie; apparently I prefer my undead to be all sexy and blood thirsty rather than all decomposing and blood thirsty. At first I thought the zombie angle would be interesting, something new and exciting, but after a few descriptions of flesh hanging off bone and bloated gaseous bodies, I was just disgusted. And there is a lot of vomiting; I'm talking swimming pools full. Actually a solid portion of the novel is concerned with that which is like totally gross (said in best valley girl accent).

The dirty, the disgusting, doesn't necessarily phase me when it is naturally integrated into a thought-provoking and entertaining story. With Dust, however, it's really all I remember - various descriptions of torn flesh, vicious fights, etc. The plot itself, revolving around a disease that morphs both the undead and the living into something entirely new, kept me interested for a good portion of the book, but after a while, I just wanted the story to be over. At 374 pages, Dust really drags out the action, primarily by including all of those yucky descriptions I mentioned earlier.

I'm not really sure what was going on with theme, the moral of the story so to speak. At one point while reading, I decided the entire story was a warning of karmic retribution for our gluttonous lifestyles. The characters in Dust are emphatically and obsessively concerned with food. The undead are rather food-focused to begin with, chowing down on animals and even humans from time to time, and then after the disease begins everyone becomes ravenous, eating everything in sight and completely unable to satiate their hunger. And then the only way these disease-ridden undead can finally and utterly die is through starvation as they find themselves incapable of keeping anything down. The heavy food focus had my meandering reading brain deciding that Turner was condemning us for eating too much.

While Dust falls pretty squarely in the realm of YA, the language is pretty mature with swear words flying around (including the ever infamous f-word). Those who mistakenly believe their young adult's innocent ears have never been assaulted by these words will most definitely not want to recommend Dust. No sex though, not even sexiness. Zombies remember. There's just nothing sexy about missing limbs and crushed in skulls.

Obviously I wasn't a fan. I did, however, read the whole book, and I don't totally regret the time spent on it, so I did give the book an Accept rating. And of course, just because I didn't enjoy this does not mean someone else wouldn't love it. Actually, the two reviews I have listed below both liked the book. Perhaps this just isn't my cup of tea. If you would like me to send you my ARC of Dust, let me know in the comments and be sure to leave your email!

The Fiction Enthusiast; The Unread Reader; Dust's Website;
Posted by Trisha at 5:17 AM