Book Review: The Call of Cthulhu 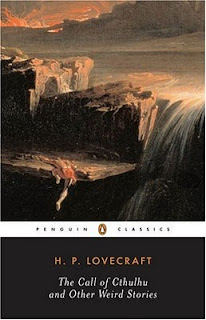 The Short and Sweet of It
When his uncle dies, our narrator discovers a strange box full of weird art, newspaper clippings, "disjointed jottings, ramblings, and cuttings." This discovery sets him on a path to explore the queer world of an ancient cult and its sleeping gods.

Cthulhu is sort of the head dude of these sleeping gods, the one tasked with awakening them when the time is right. And he's a seriously messed up looking god with the whole octopus-like face, nasty talons, big old wings and the such not: 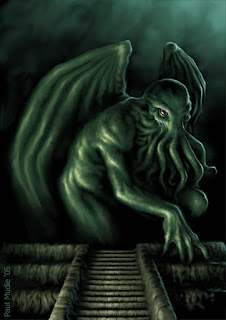 My favorite passage is the first paragraph:


The most merciful thing in the world, I think, is the inability of the human mind to correlate all its contents. We live on a placid island of ignorance in the midst of black seas of infinity, and it was not meant that we should voyage far. The sciences, each straining in its own direction, have hitherto harmed us little; but someday the piecing together of dissociated knowledge will open up such terrifying vistas of reality, and of our frightful position therein, that we shall either go mad from the revelation or flee from the deadly light into the peace and safety of a new dark age.

I do wonder if this is true. If we were able to combine the vast knowledge of the world into a cohesive whole, would it show more than we were ready to bear?

I think this a wonderful introduction to a story which is more about possibility than action. The narrative is simply a man telling us about his research into his uncle's research into the experiences of others, primarily the theology of a cult who worship gods whom they believe to be the oldest of the old and descended from the skies. Theirs is a hedonistic faith with orgiastic celebrations and dreams of an anarchic society after the second coming of their gods:


The time [of their second coming] would be easy to know, for then mankind would have become as the Great Old Ones; free and wild and beyond good and evil, with laws and morals thrown aside and all men shouting and killing and revelling in joy...all the earth would flame with a holocaust of ecstasy and freedom.

Sounds decadent for sure, and definitely gives a good idea of the foundation of the faith. The terror lies not only in the belief system but also in its alien nature. When a sailor finds himself in the gods once-sunken city, he describes the architecture as geometrically wrong. Everything about these gods and their possessions and creations reeks of otherworldliness:


They...belonged to something horribly remote and distinct from mankind as we know it; something frightfully suggestive of old and unhallowed cycles of life in which our world and our conceptions have no part.

Fascinating. Fear, as we all know, is greatly connected to the unknown. That which is separate from us and hence unknowable is terrifying by its very mystery.

See now, all that sounds absolutely fascinating, but as readers are being told about it instead of shown it in real time, I had a hard time appreciating the story. Instead of relating the past, I wish the story was set in the past and we could be taken through the events which are merely summarized.


In his house at R'lyeh dead Cthulhu waits dreaming.

I'd like the story where he finally shows up. I do want to say, however, that I was absolutely fascinated with the mythology - hence the whole "I want more" complaint. Oh, and I also want this Cthulhu doll for The Floppy Alienette: 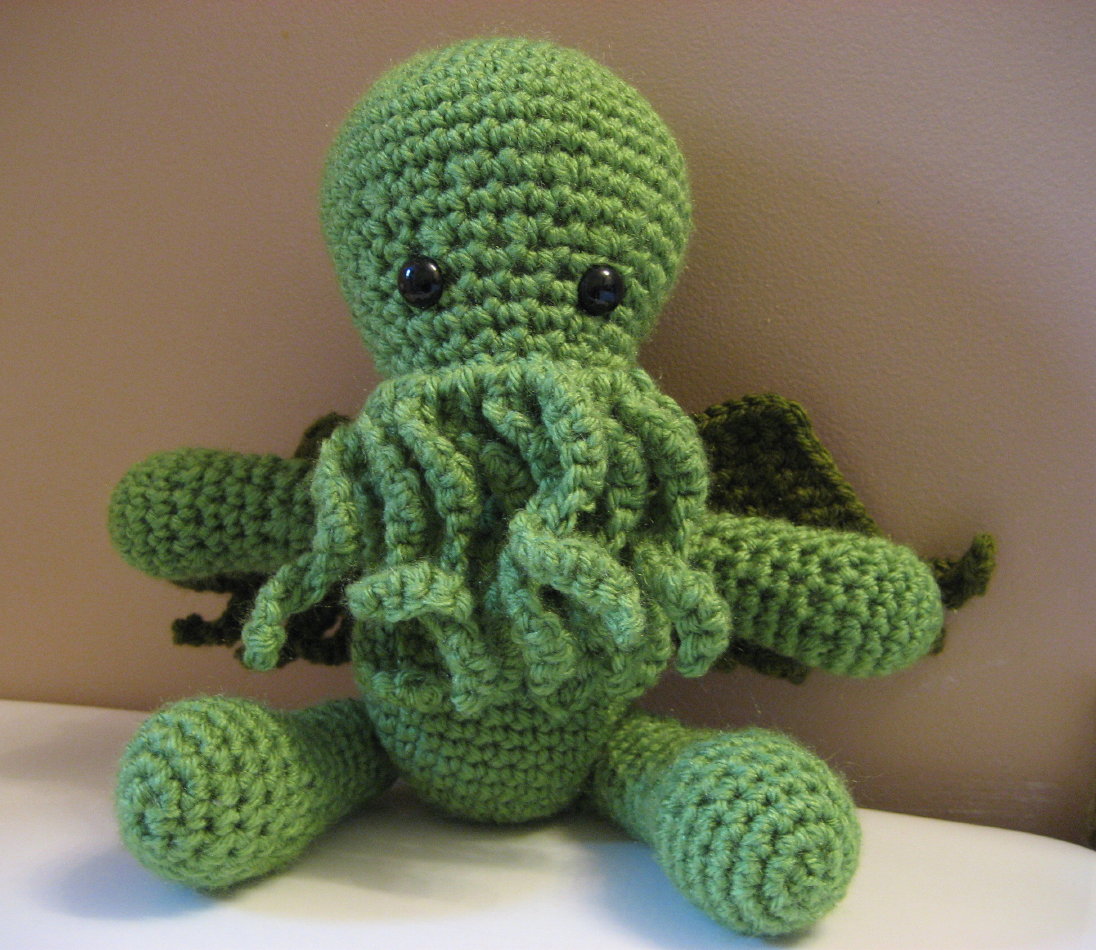 If only I were creative!

Be sure to check out the other reviews of "The Call of Cthulhu" and the reviews of the opposition, The Island of Dr. Moreau.