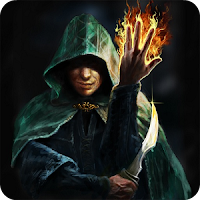 Wizard's Choice Volume I by Sam Landstrom
How fun was this book? Okay, so actually this is more of an app or a game than a book... From Barnes and Noble: Fortune and glory or death? Your decisions make the difference in Wizard's Choice, a text-based adventure for the NOOK. Stay alive, manage your spell power, find treasure, and smite evil. Wizard's Choice is an adventure that will engross you in a storyline while allowing you to make the decisions that will determine your fate. Decisions you make early in the game will affect what happens to you and the choices you get to make later in the game. Wizards Choice will track your health, manna, gold, and morale, so you should take care to manage each well. Your score and rank will be shown at the end, and you can replay as many times as you like to try and improve your rank and score. I won't lie people: I had a blast reading/playing this and went through about 6 variations before deciding I should go to bed. Now, it probably doesn't count as a "book" per se, but since it is text-based and plot driven...well that is a book right? There are at least five more in the series, and I probably won't be getting them anytime soon since they cost money; but if they ever go free, I'm all over it. 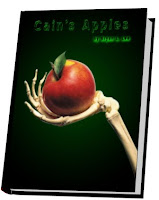 Cain's Apples by Brian Lee
This short story is a Barnes and Noble nook freebie. How can you not enjoy a free short story when you are short on time and cash? Joe Johnson is having a bad time of it, but a quick stop at a road side stand for some apples... well, it doesn't necessarily make it better... I would say more but I'm pretty sure any sort of plot synopsis would ruin the story for you guys. While the plot is rather predictable, the story is worth reading.

Waste Land by Michael McClung
Yet again we have a nook freebie, and this one I found absolutely excellent. McClung says the story is based loosely on Eliot's poem Wasteland (I must admit I haven't read it in years and years and hence I have nothing intelligent to say about that). Marie, an Astrogator aboard Hugo, an interplanetary vehicle/AI, sets out on a three year mission only to find that a crew member has mutinied while everyone was in cryo. Now she is far from home, in time and space, and the planet they are landing on is more than it seems. The combination of sci-fi elements, an intriguing protagonist, and a highly interpretive plot really makes this short story stand out. 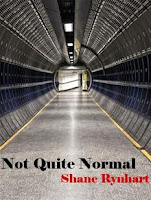 The Helper Parts I and II by Shane Rynhart
A short story in 3 parts, The Helper appears to be the tale of a type of grim reaper who befriends a young girl being abused by her father. Her death and her father's death years later are the focal points of the first two parts. I, unfortunately, don't have access to the third part yet as it is only available in the full version. I downloaded the free version which only has 9 stories and there are 19 in the full version. I still haven't decided if I'm going to purchase it yet....

A Good Clean, A Harsh Clean by Brian Martinez
In this free nook short story, two strangers meet in a bar and start a bit of friendly banter. Unfortunately, they are connected through a third man and this connection changes everything about their meeting. Even though we don't spend much time with these two men, they were well enough developed to get me to like them (honestly, I would like to read more stories featuring them). Plus, unlike quite a few of the shorts I read, I actually enjoyed the writing of this one, and I plan on finding more short stories by this author. I definitely recommend this one for a quick, disturbing, and engaging read.
Posted by Trisha at 5:00 AM