Letters to a Young Poet by Rainer Maria Rilke 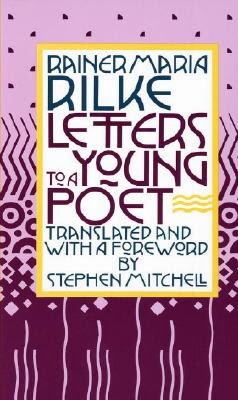 Rainer Maria Rilke's Letters to a Young Poet has long fascinated me as I first heard of it ......... well, a really really long time ago. Despite its tiny size, the book always intimidated me as I knew that the content was heavy, complex, deep.

Rilke, for those who don't know, wrote lyrical, mystical, intense poetry...in German. One I happen to like is called The Gazelle:
He wrote novels as well; although I am woefully unfamiliar with them. Whether in poetry or prose, his writing, I am sure, is much, much different when read in German. But back to Letters to a Young Poet. The title sums it up; this is a collection of letters Rilke wrote to a young poet named Franz Xaver Kappus. While the two men never met in person, they exchanged letters over a six year period, ten of them made it to the collection (to be honest, Rilke may have only written ten letters total; I'm not entirely sure).

These are life lessons from the truly deep mind of a man who believed in solitude as the great tool of the artist. Instead of writing much more in the way of a review, here are a few of the quotes which stood out to me:

I could go on...and on...every line is infused with a truth that is beautiful, arguable, and insightful. In other words, go read this if you haven't already. While the reading itself won't take any time at all, you could spend days pondering the content.

I read this for The Classics Club, which thrills me as it means I didn't just join the challenge, I may actually make some progress!
Posted by Trisha at 4:00 AM