No Easy Way Out by Dayna Lorentz 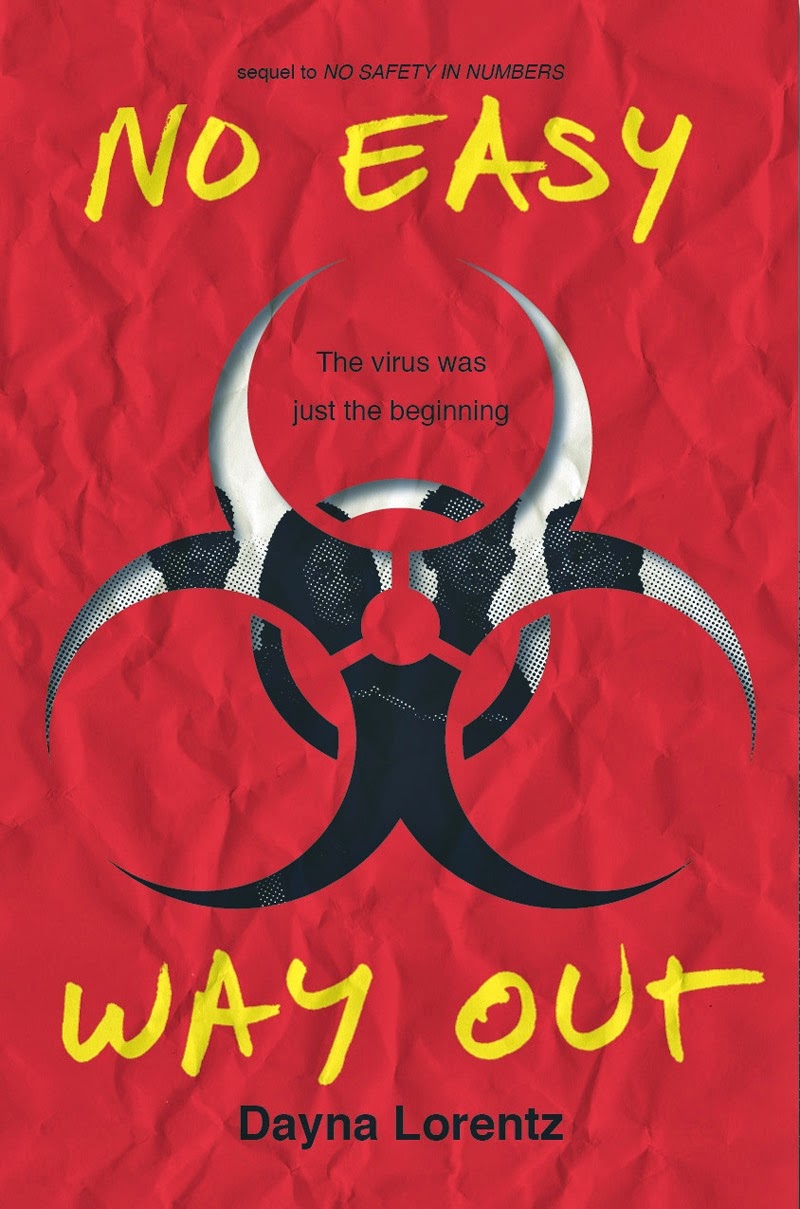 This is the second in Lorentz's series revolving around a few thousand people locked in a mall after a deadly virus was released. No Easy Way Out begins exactly where No Safety in Numbers ends; it's now Day 7 of the quarantine, and our handful of characters are (not so much) adjusting to what is, in essence, a new society with jobs, curfews, "home" stores, and strict oversight by the Senator.

As with the first installment, the story is being told by four teenagers trapped in the mall, each rather equally obsessed with escape and romance. The teen drama continues and is partially validated by the Senator's suggestion that Marco organize night-time, past-curfew parties to keep the teenagers complacent. So what are our trapped teens doing - besides partying - in this installment? In a nutshell, they are running around like chickens with their heads cut off: Marco's trying to scam everyone in an effort to stay off the bottom of the food chain; Shay's wavering between her desire to be with Ryan and guilt over taking craptastic care of her sister; Ryan's being Ryan, trying to be the good guy but not really committing to it; and Lexi's searching for the truth of what is happening.

While this story does move the over-arching plot along, it sure takes a long time to do it. This is a long book - much longer than the first - and I'm not sure it needed to be. After the first few chapters, the day-to-day workings of our four narrators felt remarkably repetitive. I would love to say that this was one of those awesome incidences of form mirroring content - the repetition of the story imitating the repetition of life in a quarantined mall - but it certainly didn't feel that artistic or intentional. At times, I felt like the characters were stuck in the definition of insanity - doing the same thing over and over and expecting a different result.

While I'm not tossing this series to the side, I must admit that I'm not anxiously awaiting the third. The four narrators annoyed me in the first, and by the end of this one, a small part of me actually wants to physically (and traumatically) harm these self-absorbed nitwits who clearly believe they are "better" than everyone else. So why will I still read? Easy read, lots of action (pretty violent action actually), and as with many a series, I just have to know how it all ends.