Through the Zombie Glass by Gena Showalter 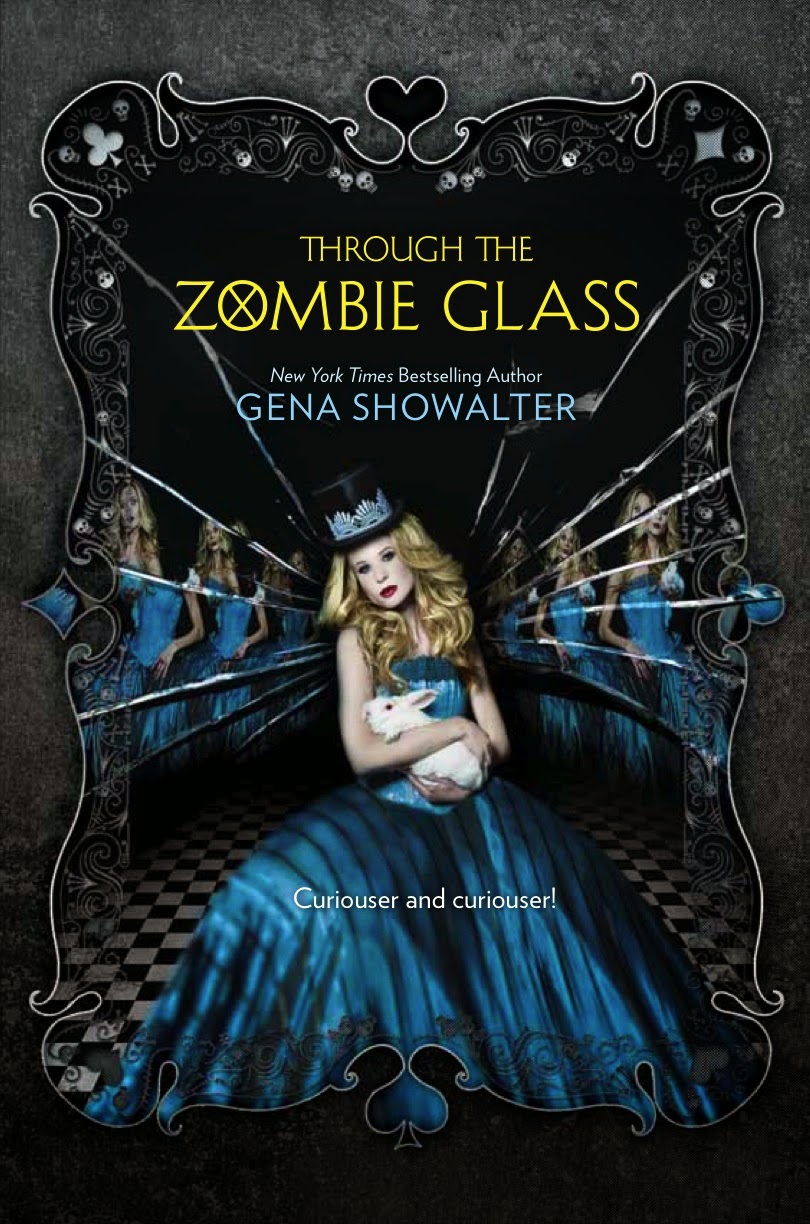 While the first novel focused on Ali's transition from distraught teen to hopeful zombie fighter, this one adds a hitch into her pursuit of kickassery. Suddenly there are two Alis, the real one and the one in the mirror, and Ali's mind seems to have a visitor as well, one who whispers dark suggestions that are hard to ignore.

Now, of course, there's a love story, and honestly, the Alice and Cole romance annoyed me a bit in this one. I so appreciated the lack of a love triangle in the first installment, but I should have known one was coming. Still this is not the typical triangle. In the first book, Alice and Cole had shared hallucinations which turned out to be prophetic. In this book Alice shares those mental forewarnings with another boy, and like with Cole, these visions seem to suggest some sort of romantic association. Now Alice and said new boy have no romantic interest in each other, but Cole becomes the jealous boyfriend even going so far as to play along with another girl - which I find annoyingly childish. Plus, Cole begins to withdraw from everyone, seemingly pursing his own mystery. I've always found the "lack of communication and trust" obstacle remarkably frustrating. If all problems could be solved if people would just talk honestly, then I have difficulty believing the problem itself.

That being said, I still really enjoyed this book. Despite the characters' mildly childish behavior, they are still some of the most interesting YA characters I've read in a while. The mythology of the zombies, the continuous and varied action scenes, and the quick pace of reading make this a wonderful go-to series, and I can't wait for the third book to hit the shelves.
Posted by Trisha at 4:00 AM