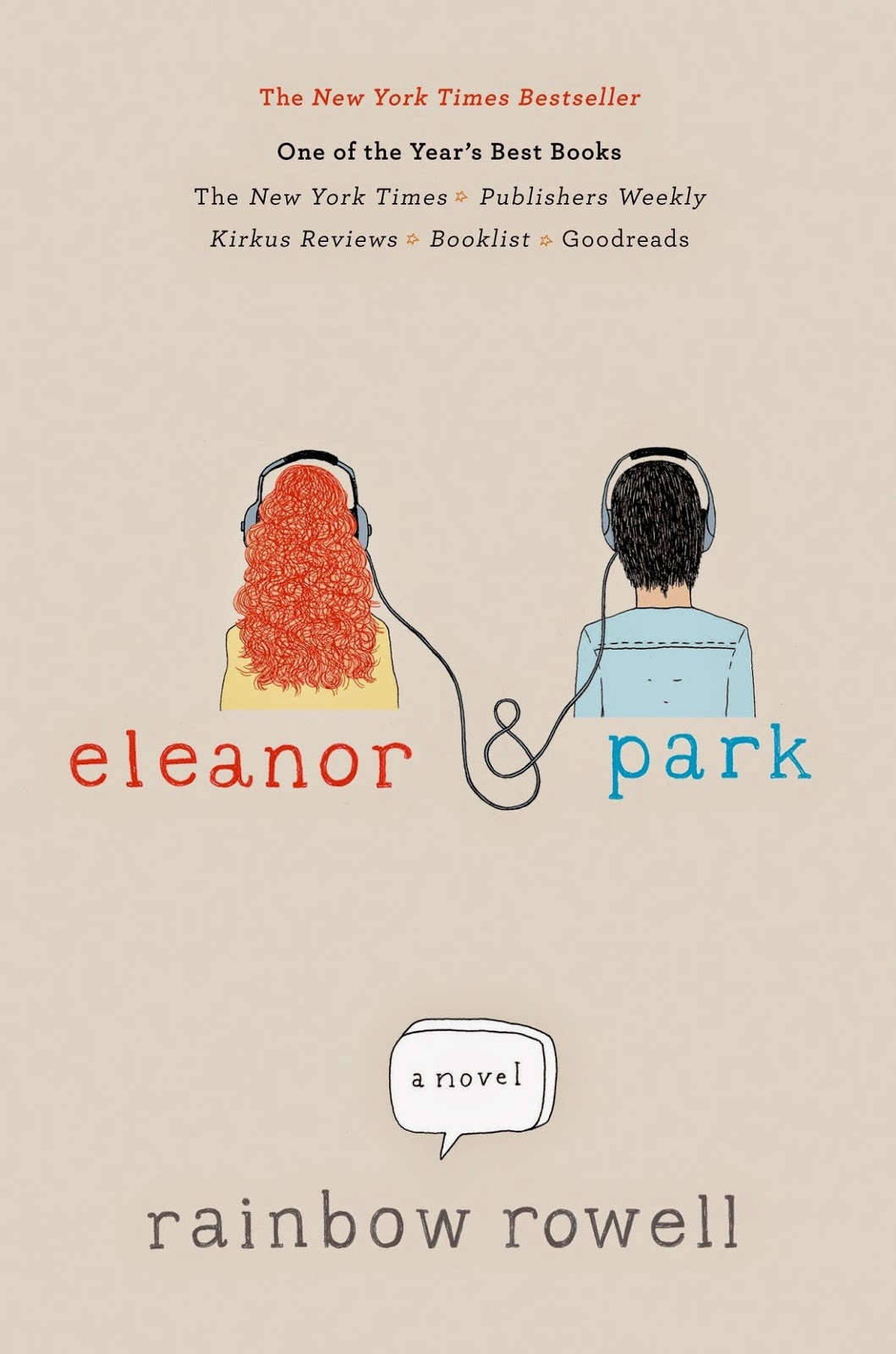 Rainbow Rowell's eleanor & park is one of those books where even if I didn't enjoy the story itself, I would enjoy the way the story is told. Everything is so tightly connected to these two and their burgeoning - not love at first sight thank the powers that be - romance; and yet, it is not at all mushy, dramarific, swoony, or sickening as so many fictional teen romances seem to be.

Park, an almost-social-outcast, non-athletic, half-Asian from a good home, reluctantly allows Eleanor, the chunky, ginger new girl who dresses funny, to sit next to him on the bus. He already hated riding the bus, and this sure didn't make it better. Days in, he realizes Eleanor is surreptitiously looking over his shoulder and reading his comics. Nice guy that he is, he lets her borrow them, and so begins their relationship.

The characters feel very real in eleanor & park. While it is the teenagers, obviously, who are the most fleshed out and familiar, the adults in the novel aren't mere stereotypes. This is actually quite a feat since all four of the primary adults in the novel - the parents - could quite easily be presented as flat characters, signifying one particular idea about parenthood/adulthood/social class. A Korean mother, a strict athletic father, a poor dependent woman with an abusive white trash boyfriend...yeah, Rowell could have simplified and stereotyped these characters easily and probably without much backlash, but instead she gives them depth. Nicely done.

The ending of this one has caused quite the controversy. As I was reading, I was shocked and a bit disappointed, but within a few minutes of setting the book down, I was oddly satisfied with the ending and felt that any other ending would have been disingenuous and resulted in the story brushing against the boundaries of those mushy, dramarific, swoony, and/or sickening youth romances I try very hard to stick clear of.

This was my first book by Rowell and clearly I've been missing out. Time to find another.
Posted by Trisha at 8:39 AM