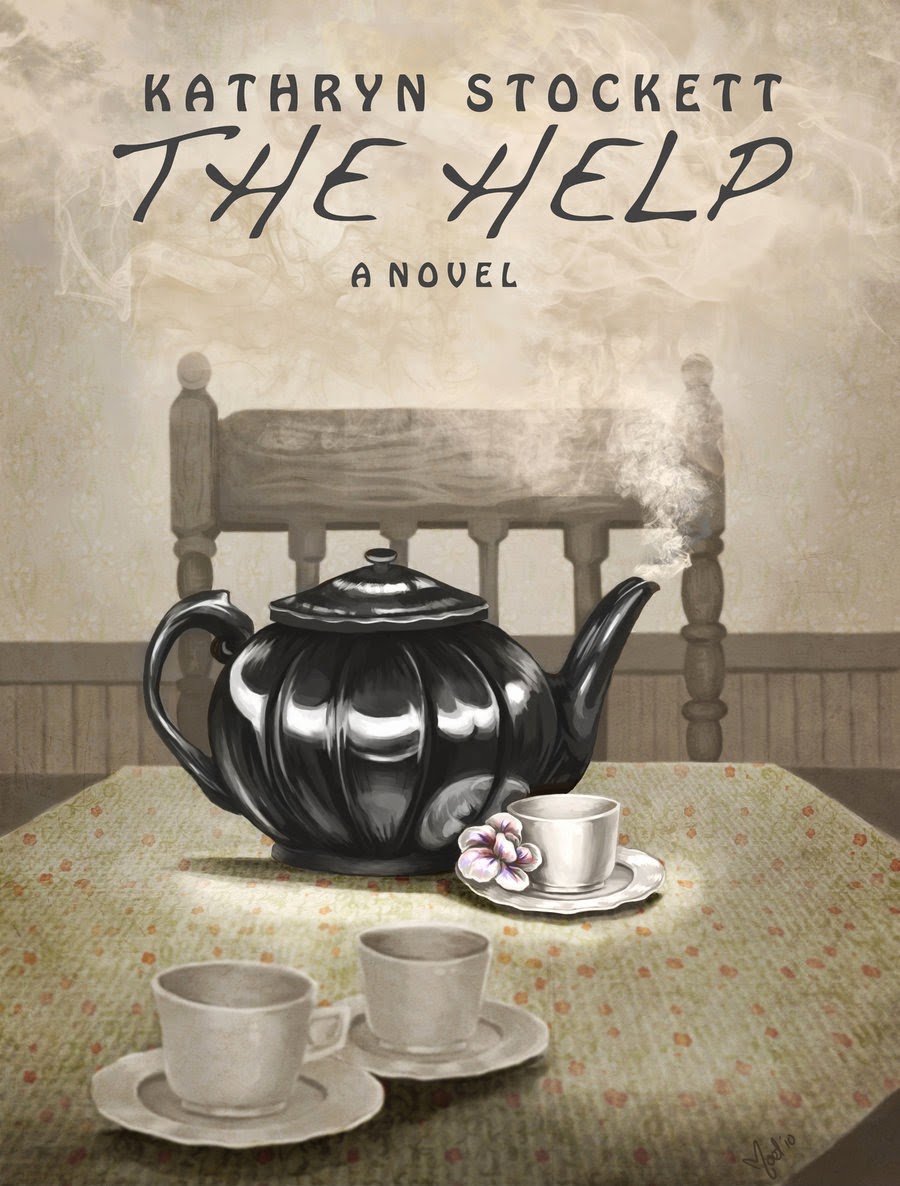 First off, may I say that I enjoy this cover of Kathryn Stockett's The Help so much more than the typical yellow cover with the birds or even the movie version cover which is also yellow but has the stars of the film on it rather than birds. I'm not sure this cover is particularly reflective of the book's contents and the pairing of the image and the font seems off, but I do still quite like it.

Now to the book. I listened to The Help. Yes, my friends, another audiobook for the woman who used to NEVER listen and proclaimed to seriously dislike audiobooks.

The Help was my first audio with multiple narrators (at least that I can remember). I loved it. LOVED IT. Each voice was unique and perfect for the character. Is this due to the skill of the narrators or Stockett? Well, I'm going with both.

Skeeter, Minny, Aibileen, Miss Hilly, Miss Elizabeth, Miss Celia, Constantine, Skeeter's mother, each character is so unique and perfectly drawn and believable (even if you can't fathom her racism as with Miss Hilly or her treatment of her daughter as with Miss Elizabeth). This book is about the people not the plot.

Not to say the plot isn't wonderful though. The Help is a slow read, languid like the south. The plot revolves around Skeeter (white, naive, writer), Aibileen (black, sweet, maid), and Minny (black, brash, maid) as the three women work together to create a book of stories about black maids and the white families they work for. As this is Jackson, Mississippi in the 1960s such an undertaking is both radical and brave.

Each of the three main characters is given her own story within the overarching book-writing plot. Skeeter is struggling to become an independent woman free from the traditional expectations of her mother who wants nothing more than a happy husband and a few kids for her daughter. As she works alongside Aibileen and Minny, she sees more and more the injustice in Jackson and the racism in her friends.

Minny is an outspoken woman honest in her resentment over the inequality between blacks and whites. Watching her bond with "her white woman", Miss Celia, was, quite honestly, hilarious. She's also given a heartbreaking side story which I shall not get into.

Aibileen, my favorite, is a soft-spoken, sweet woman, who made me tear up from time to time. Aibileen has raised almost 20 white children over the years, leaving around the time the children become indoctrinated into the racism of their families. Listening to her love for Mae Mobley, especially when coupled with Mae Mobley's lack of love from her own mother, made my heart sing and cry. And may I say that I really want to pick up that sweet little girl and give her lots of cuddles.

Okay, maybe my hormones are not quite back to normal yet. And my reaction to children, especially neglected children, may be a bit over the top. I've actually had to stop myself from sobbing over episodes of Criminal Minds - and every other show involving bad things and children.

But back to The Help. I could go into the thought-provoking views on gender presented in the text, or the issues of race, power, class, and so on, but when it comes down to it, all I have to say is: it's awesome. Go listen to it.