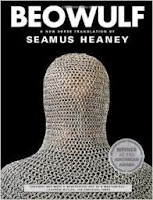 So last week, we talked about Beowulf's insult, and this week I'm focusing on Beowulf’s Digression in lines 2009-2072 which focuses on a “what-if” scenario. Apparently, Hrothgar has promised his daughter, Freawaru, in marriage to Ingeld, King of the Heatho-Bards, a neighboring tribe with whom the Geats have been feuding. The previous King of the Heatho-Bards, Froda, was killed by the Danes (Freawaru’s people) as were many of his thanes. All hope “this woman will heal old wounds / and grievous feuds” (2027-2028). No pressure, right?

Beowulf doesn’t hold out much hope for this peace-making marriage, believing instead that “generally the spear / is prompt to retaliate when a prince is killed, / no matter how admirable the bride may be” (2029-2031). He envisions a scenario in which, after a few drinks, the Heatho-Bards resent the influx of Danes celebrating their kinswoman’s marriage. He posits that some will start noticing their ancestors’ armor in the hands of the visiting Danes: “your father’s sword, his favorite weapon / the one he wore when he went out in his war-mask / to face the Danes on that final day” (2047-2050). This observation will rile everyone up until eventually “one of the lady’s retainers lies / spattered in blood, split open” (2059-2060). Peace broken.

One thing I find interesting about this digression is the horrid, crazy situation in which poor Frearwaru may find herself. Many women were used as "peace-weavers" throughout history; girls married off in order to broker peace between the two tribes/nations. How jacked up is that? A single person, and one who basically has no power, responsible for ending hostility between tribes. In Beowulf's hypothetical, this does not end well for Freawaru and Ingeld as he cannot forget the massive deathtoll visited upon him by Freawaru's father. 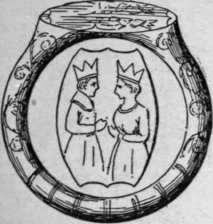 Another thing I find interesting about this digression is its very existence. Why does the poet include this strange tangent in a poem centered on the heroics of Beowulf? The story has nothing to do with Beowulf whatsoever. The feud is between the Danes and the Heatho-Bards, not the Geats; Beowulf didn’t really know Freawaru; the outcome of the feud seems to have no effect on Beowulf or the Geats.

The relationship between this digression and the Finn song from Heorot is clear. Finn thought he had brokered peace, but the conquered Danes rose up and killed him, raiding his treasure and bringing it back to Denmark, as soon as they were able (1070-1161). So too, Ingeld may believe he is brokering peace by marrying Freawaru, but the Heatho-Bards will, according to Beowulf, not stand for it, and even Ingeld may find himself in a position to choose between vengeance and his bride. Vengeance, of course, will win.

Beowulf’s prediction about Ingeld is the result of the lesson he learned from the bard’s song regarding Finn. Perhaps that is the reason for the digression: to show Beowulf’s wisdom. He can take the lesson learned from one tale and apply it to a similar situation. Honestly though, I am very unsure as to why the Ingeld digression or the Finn digression are a part of this poem. Any ideas?