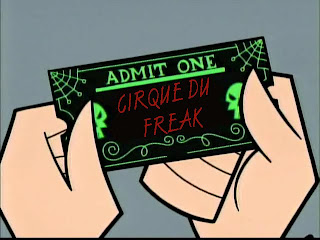 The next four installments of Cirque du Freak follow Darren Shan's growth as a Vampire's Assistant.  In Vampire Mountain, Darren travels with Mr. Crepsley to a mountain fortress where the Vampire Princes will decide the fate of Darren and Crepsley.  But the council has bigger things to worry about than Darren; the vampaneze are becoming a more viable threat.

Trials of Death marks a return to the issue of Darren's blooding.  Vampires are forbidden from turning a human child.  To prove himself, Darren has to pass five Trials, but how can a half-vampire expect to accomplish tasks that even Vampire Generals fail?

Darren has royally ticked off the Vampire clan, and if he returns to Vampire Mountain, he faces certain death.  But in The Vampire Prince, Darren has no choice. He can't sit back and let a traitor take over, especially when a prophecy about a Vampeneze Lord floats around.

Darren has a new role within the vampire clan in Hunters of the Dusk, and part of his role involves tracking down and killing the Vampaneze Lord.  If he fails, the entire world of vampires may fall to the more blood-thirsty vampaneze.

My Thoughts
Cirque du Freak is just a wonderful series. Easy-to-read with fast-paced action, the books tell an engaging story with fascinating characters.  I read these four books over two days while on vacation, and I can't tell you how perfect they were for beach reading.

The primary theme in the series that I am rather enamored of involves the mysterious Mr. Desmond Tiny...Des Tiny...Destiny, who has an abundance of unexplained powers including foretelling the future, bringing people back from the dead (sort of), going where ever he wants whenever he wants, etc.  In the last few books I've read in the series, the issue of fate and destiny has been dominant. How much is predestined?  How does knowing bits and  pieces of the future affect behavior in the present? The entire issue is fascinating, and I'm hoping to see more of this in the next books.

In my original post about the series, I mentioned that I was particularly intrigued by these hooded creatures that don't speak and unquestioningly serve Mr. Tiny. Answers were given and more questions posed....