Book Review: Wild About You 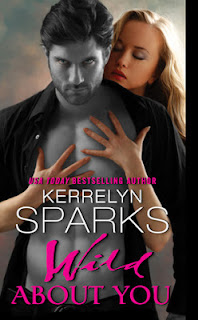 The Short and Sweet of It
Howard has two secrets: one he is a were-bear and two he is in love with a woman he has only seen on tv. When he finally gets to meet her thanks to the matchmaking of his vampire boss, he finds Elsa just as irresistible in person. Unfortunately an ancient curse may keep them apart.

A Bit of a Ramble
Paranormal steamy romance. Bring it on baby. Some good supernatural sex is just what a new mom needs to shake things up a bit. And the book delivers; although I could have handled a bit more in the sexy sexy department.

What I found rather interesting about the characters is their physical appearance and its importance. As a were-bear, Howard is rather large, and part of the reason he is attracted to Elsa is that she is no dainty flower. Over six foot tall and weighing in a 170ish, Elsa has always felt large - obviously, she doesn't next to Howard who quite charmingly carries her around and "makes her feel like a woman" for lack of a better description. On the one hand, its nice to read about a woman who isn't 5'9" and 110 pounds. On the other hand, her desire to feel small seemed to just perpetuate the stereotype of a female needing a larger male. Then again, I like big men, so what can I say?

As with many a romance novel, the plot does not just revolve around their romance. In this book, the fight between Howard and his arch-nemesis takes up quite a bit of space; unfortunately though, the plot line isn't as dramatic as it needs to be to justify so much time. The nemesis himself is barely in the book.

Overall though, I enjoyed the story and the characters. It was a nice, quick read. Apparently this is part of a rather large series, Love at Stake, but as this is the only one I've read, I can't comment on its place in the larger scheme of things. It is no problem, however, to read it as a stand alone.

Question: Has anyone read the other 12 books in this series? Is it worth looking into? 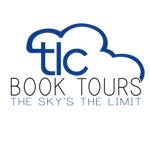 NOTES: Received for review as part of a book tour by TLC.

If anyone is interested in receiving this book to review on his/her blog, please let me know in the comments (including your email address). If you aren't comfortable leaving your email, you can email me at eclectic.eccentric@hotmail.com! After a few days, I'll randomly pick a number.
Posted by Trisha at 4:30 AM