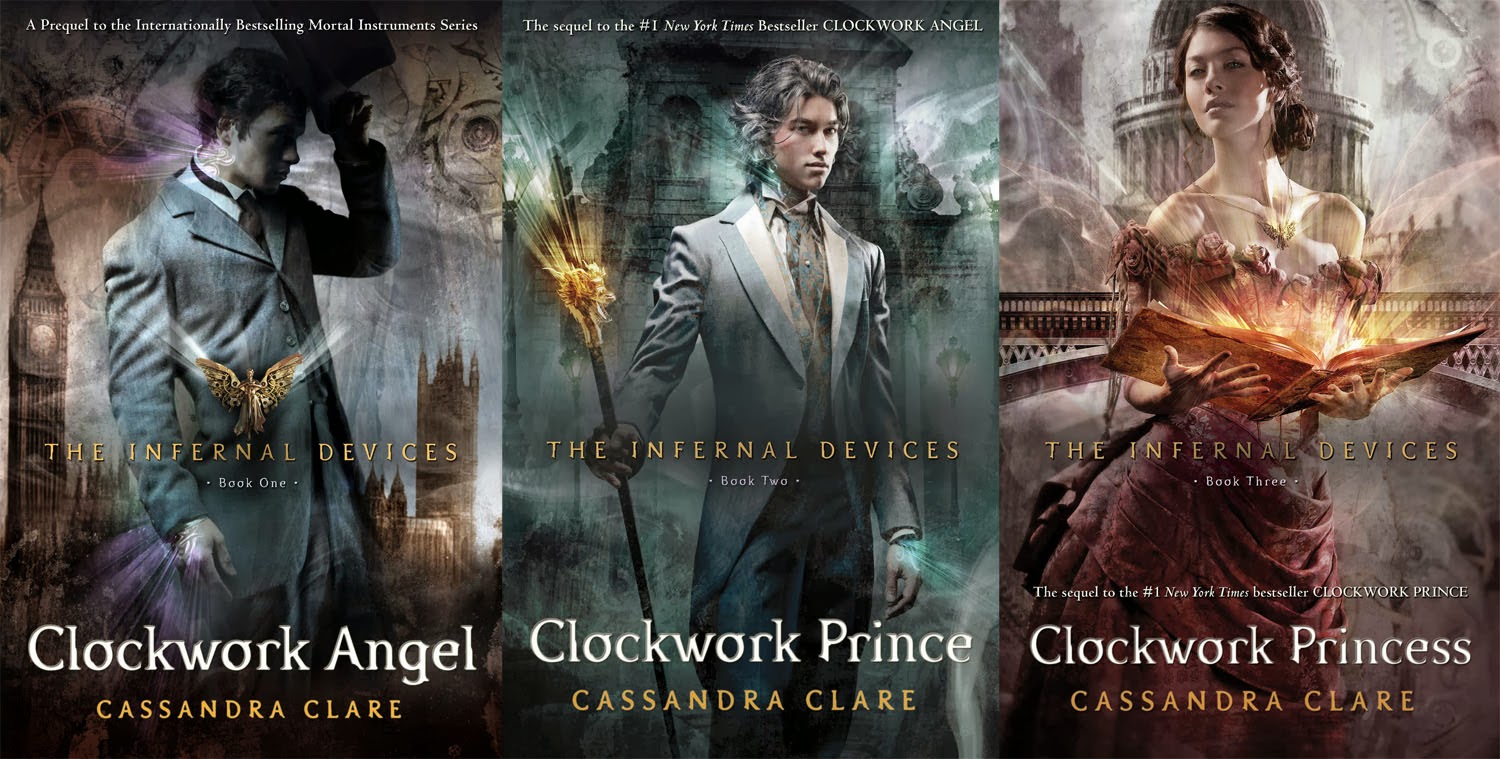 I read the Infernal Devices series by Cassandra Clare because I went batshit crazy over her Mortal Instruments series. As such, a prequel series sounded just divine. And I wasn't (overly) disappointed. The first, Clockwork Angel knocked my socks off just like the Mortal Instruments trilogy did. The story is set in Victorian London and the addition of steampunk elements to what was already a wonderfully mythological story really got me geeked. The second, Clockwork Prince, and the third, Clockwork Princess, were just as exciting, steampunky, and creatively developed as the first.

However. Yep, there is a however. I have very mixed feelings about the love triangle. Let me preempt this conversation by saying that I, in general, hate love triangles rather fiercely. If there is no question of who the heroine will end up with, no question of who she really is in love with, then I just don't see the point. As Clare has written the love triangle between Tessa, Jem, and Will quite different from this standard, I should appreciate it. Jem and Will love each other. Tessa loves Jem. Tessa loves Will. Both boys love her. And while PLOT SPOILER it seems that Tessa loves Will more than Jem at first, by the middle of the series, or maybe right after middle, it seems like she loves them both equally (and is attracted to both of them; another clear giveaway in other love triangles is when the female doesn't have any stomach flurries, pounding blood, or sweaty palms over the other supposed love interest). And the ending certainly confirms this idea. END PLOT SPOILER

Also, the love triangle definitely was the launching point for quite a bit of character development. Clare did a fantastic job making me feel what each of the three lovers felt. And their emotions ran the gamut throughout the series.

Despite the changes to the typical love triangle, however, I still would have preferred it not exist. Or at least was more downplayed. While a different sort of triangle, the Tessa-Will-Jem dilemma made this quite often more romance than fantasy.

On a side note, I am finding - through conversation, not scientific inquiry - that preference for Mortal Instruments or Infernal Devices seems to rest on which series was read first. I wonder if this is typical. What do you guys think?