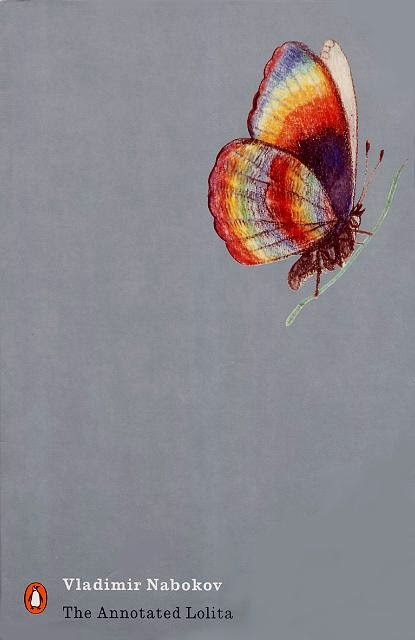 Vladimir Nabokov's Lolita has haunted me for over a decade. I bought it, I put it on the shelves, I continually picked it up and put it back down. While I was (horrifyingly) fascinated by the premise, I could not quite bring myself to actually read it. After all, relating to a pedophile is quite the brain exercise in theory, but in practice?

Finally I read a review from Amanda that had me moving closer and closer to actually reading, or in this case listening, as Amanda strongly suggested the audiobook with Jeremy Irons narrating. Yeah, the idea of Irons' voice pushed me over the edge and I purchased the book on CD.

I listened to the first third last May while driving to and from work. And boy, oh boy, did I feel dirty. Irons' downright seductive voice is just naughty. Throw in the fact that the relationship is between a grown man and a 12 year old, and I often felt like I needed to shower after listening.

Unfortunately, my adventures in audio for this book ended when the school year ended as there was no way in hell I was going to listen to Lolita with my one year old in the car (and she was always in the car with me). Plus, once I listened to Irons' narrating the, uh, culmination of his fantasy, I really really really needed a break from the book. I had managed to detach myself from the reality of a 12 year old love interest for a good chunk of the book, but when what we know is going to happen actually happens, I lost that separation and for a minute my brain shied away in rejection.

That break lasted 9 months. Then I devoured the final 2/3rds of the book over four days at the beginning of February. What a read. Seriously, what a read. What's strange is that the most striking feature of this novel is not the illicit, pseudo-incestual relationship between Humbert and Lolita, what captures the imagination the most is the language. The way Humbert speaks (aka the way Nabokov writes) is ingenious. He artfully plays with words, the structure of sentences, the use of allusion, the creation of new words. Humbert's voice is everything in this novel. First of all because he is the one telling the story. Second because it is so appealing. Seriously appealing.

As I listened to part and read part, I feel a strange need to tell you which way you should go: audio or print; however, I can't make up my mind. Irons voice just elevates the experience, but I read so much faster than I listed that I am better able to immerse myself in the story. Do what I did, listen a bit and read a bit.

If you are holding off on reading this because of the subject matter, I urge you to reconsider. The story is secondary to the language, and really the language makes the story quite palatable.

Move question: I have heard that in the movie version, Lolita is played by an actress who appears more 17 than 12 and who has sex appeal. If this is the case, I refuse to watch the film. The whole point of the story is that Lolita is not sexual; she is a child, a child who none but another Humbert would desire. Any recommendations regarding the film version?
Posted by Trisha at 4:00 AM