Cassandra Clare's Mortal Instruments quickly became one of my favorite YAL SFF series. Our protagonist Clary sees Jace, Alec, and Isabelle take out a demon in a dance club, and so begins her journey from ordinary to shadowhunter. Clare created a world both intriguing and complex; the depth of the world - from the intensity of the politics and culture to the uniqueness of the characters - made me fall in love, and still I can't escape as I keep those books on my shelf for (even more) re-reading.

I've reviewed City of Bones, City of Ashes, and City of Glass before, so for more detailed reviews, feel free to read those posts. Back in August, I realized that City of Glass was not the final book of this series, so I, of course, re-read the first three before picking up book 4: 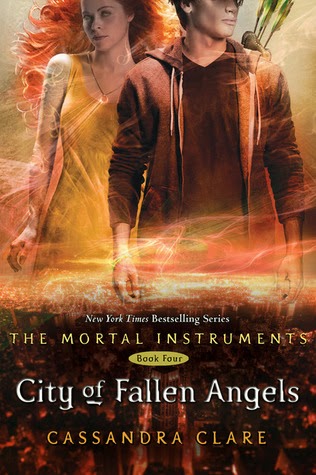 City of Fallen Angels picks up where City of Glass leaves off - despite the fact that City of Glass didn't really need a follow up. Because of this, I went into the book in a not exactly anticipatory fashion as is the norm for me when reading a series. What question could this book possibly be answering? Wasn't everything wrapped up in City of Glass? And yes, the major plot lines are resolved at the end of the what-originally-was-a trilogy.

City of Fallen Angels does a decent job of starting a new story arc while remaining true to the original; while the Clave may have resolved their Downworlder-Shadowhunter drama, someone is determined to keep the feud flowing. Simon takes a leading role in this installment, and he gets a voice as narration flows back and forth from Clary to him, with a bit of Magnus thrown in - and who doesn't like Magnus?

The part that keeps me twitching in annoyance, however, was the continued problems plaguing Jace and Clary. Just let them be together already. They had their 'big obstacle' in what I am referring to as the "original" trilogy. So, you know, just stop throwing more - not-quite-believable - obstacles in their path. Moving on. What I really liked about this installment was the relationship between Simon and Jace; their love-hate, snarky bromance is so much fun to me.

So this leads me to: 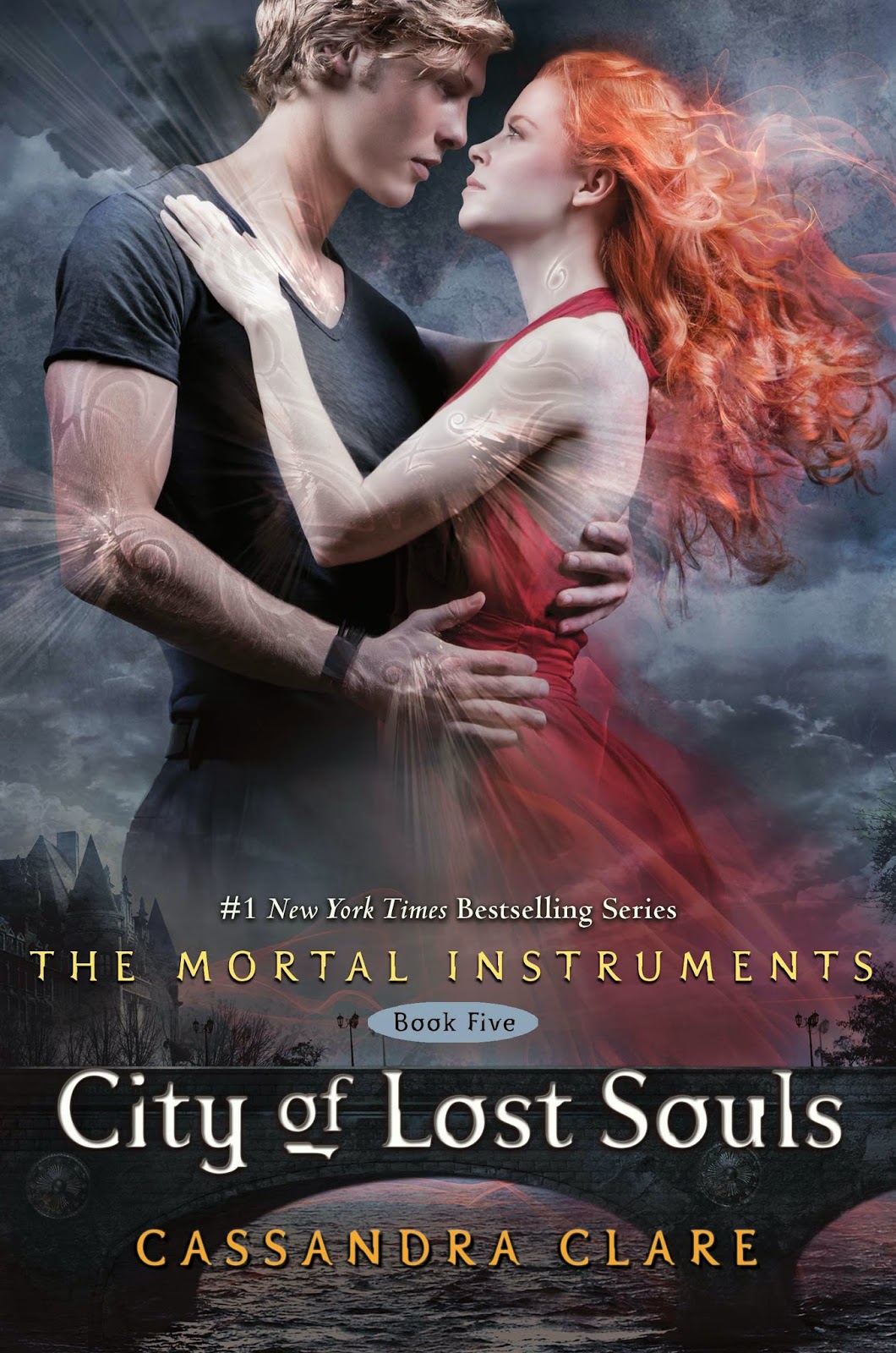 Book Five. City of Lost Souls. And the adventures just keep on a-comin'. We had Valentine leading the  Downworlder-Shadowhunter hate fest in the "original" trilogy; then we had Lilith for City of Fallen Angels, and now we are back to Sebastian, Valentine's heir. Now Jace is bound to Sebastian in a zombie-follower way and Clary has to save his ass. The two just can't be happy and together.

But seriously, my interest waned a bit with City of Fallen Angels and City of Lost Souls had me waning, if you will, a bit more. Part of the problem may be how much I seriously crushed on the "original" trilogy. While this "second" trilogy stays true to the world, the central conflict just is not as awe-inspiring as the original.

And still, I have yet to read book 6 City of Heavenly Fire. And I will. But while I devoured the first three as quickly as I could get my hands on them, I am content to wait with this one until such a time as the mood strikes me.